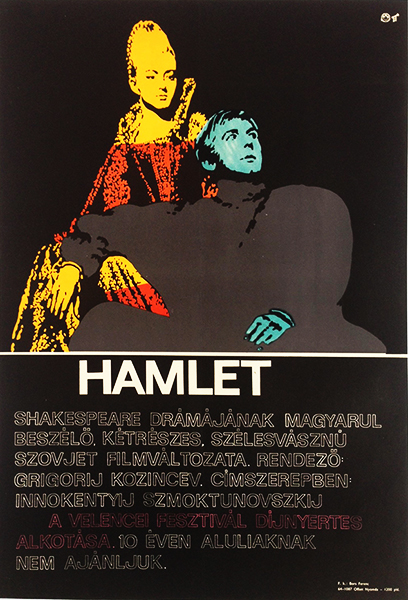 Gamlet is a 1964 Soviet Russian film based on the tragedy written by William Shakespeare.

The Tragedy of Hamlet, Prince of Denmark, often shortened to Hamlet, is a tragedy written by William Shakespeare sometime between 1599 and 1602. Set in Denmark, the play depicts Prince Hamlet and his revenge against his uncle, Claudius, who has murdered Hamlet's father in order to seize his throne and marry Hamlet's mother. (source: wikipedia,org)

When the king of Denmark dies suddenly, his son, crown prince Hamlet, returns home to find that his uncle Claudius has usurped the throne and married Hamlet's recently widowed mother. Then, one night, Hamlet is visited by his father's ghost who commands him to avenge his murder at the hands of Claudius.