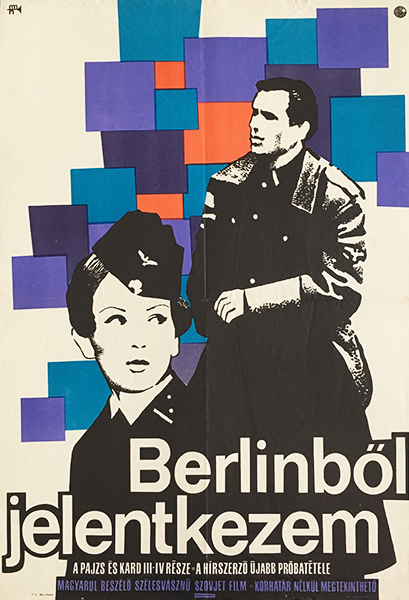 I Will Call From Berlin - The Shield and the Sword part 2 is a 1969 vintage Hungarian movie poster.

Shchit i mech is a 1968 Soviet Russian film.

Alexander Belov (Lyubshin) is a Russian spy in the Nazi Germany, working under cover name as Johann Weiss. His perfect German and cool demeanor allows him to make a career in the SS Headquarters in Berlin. Now he is risking his life while getting the Nazi war plans and delivering it to his contact for the sake of Victory.