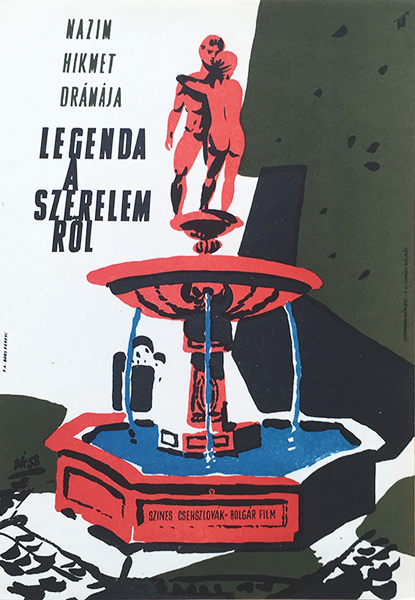 Poster for the Checzoslovakian-Bulgarian film adaptation of Nazim Hikmet's drama. Nâzım Hikmet Ran (15 January 1902 – 3 June 1963), was a Turkish poet, playwright, novelist, screenwriter, director and memoirist. He was acclaimed for the "lyrical flow of his statements". Described as a "romantic communist" and "romantic revolutionary", he was repeatedly arrested for his political beliefs and spent much of his adult life in prison or in exile. His poetry has been translated into more than fifty languages. (source: wikipedia.org)