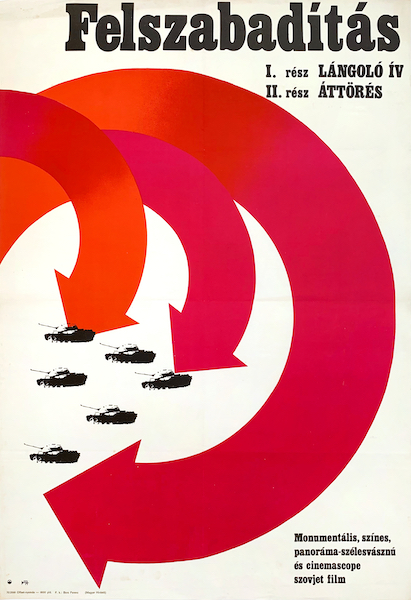 Osvobozhdenie is a five part Soviet Russian WW2 epic drama that gives a dramatized detailed account of Soviet Union's war against Nazi Germany from 1943 to 1945.Each of the five parts represents a separate major eastern front campaign.The first part deals with the 1943 great tank Battle of Kursk.The second part details the September 1943 Lower Dnieper Offensive.The third part depicts the various stages of Operation Bagration during the summer of 1944.The fourth installment of the epic deals with the January 1945 Vistula-Oder Offensive and the final segment climaxes in the April-May 1945 Battle of Berlin.