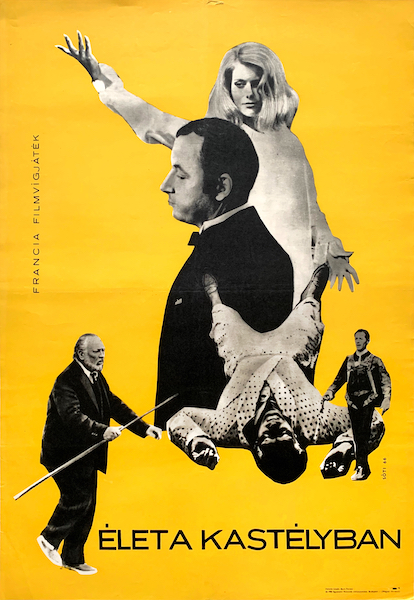 Matter of Resistance, A

A Matter of Resistance is a 1966 vintage Hungarian movie poster designed by Klara Soti for a film released in Hungary in 1967.

In the countryside near Normandy's beaches lives Marie, unhappily. It's 1944, she's married to Jérôme, a somewhat fussy milquetoast, diffident to the war around him and unwilling to move his wife to Paris, where she longs to live, shop, and party. A German outfit is bivouacked at Jérôme and Marie's crumbling château because its commanding officer is pursuing Marie. She's also eyed by a French spy working with the Allies as they plan D-Day. He woos her (posing to the Germans as her brother) and, in his passion, forgets his mission. Heroics come from an unexpected direction, and Marie makes her choice.