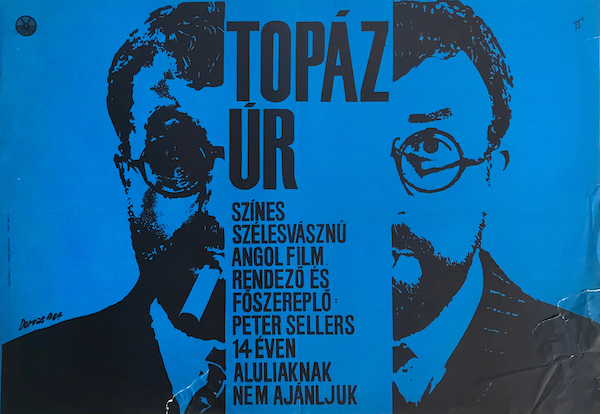 Mr. Topaze (alternative title: I Like Money) is a 1964 vintage Hungarian movie poster.

Mr. Topaze (released in U.S. as I Like Money) is Peter Sellers' directorial debut in 1961. Starring Sellers, Nadia Gray and Leo McKern, as well as Herbert Lom. His son Michael Sellers plays in the film in the role of Gaston. The film is based on the eponymous play by Marcel Pagnol.

Out of distribution for many years, a print exists in the British Film Institute National Archive, which makes it available for viewing on their website. The film was shown during the 2003 Cardiff Independent Film Festival. (source: wikipedia.org)