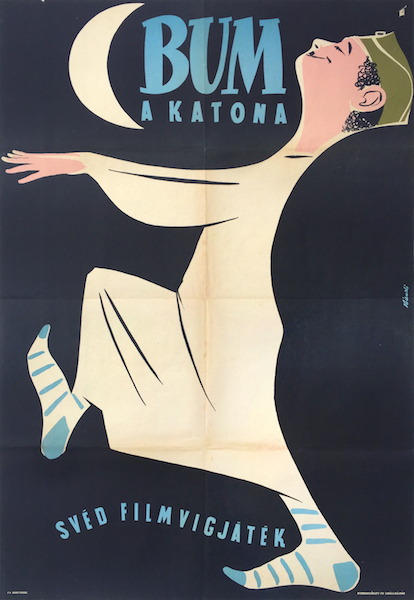 The station-master Fabian Bom is a very meticulous person, and he makes sure that the train leaves exactly - on the second. To him, nothing could be more important than duty, efficiency and punctuality, in fact, his sense of duty is clearly perverted. His beloved Plum-Plum, the major's daughter, is infatuated with army officers. To regain her attention, he joins the army. Bom becomes a soldier who loves the military training, long marches as well as hard labour as punishment. He meets Agnes, who falls madly in love with him.