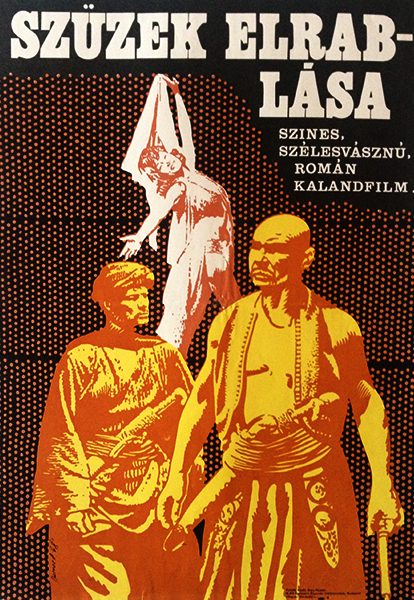 Ravishment of the Virgins

Poster by Árpád Darvas of the Ravishment of the Virgins (original title: Rapirea fecioarelor). The film takes place in the 19th century war-bands of Ottoman turks are pillaging Wallachia with impunity.Wallachia's Phanariote rulers don't oppose these brazen incursions but a local band of patriotic highwaymen decide to take action. (source: imdb.com)

The poster was designed by Árpád Dravas an important poster artist in Hungary. In the 1960s he designed many posters in pop art style and around the 1970s he shifted towards surrealism. This particular piece bears the characteristics of both. The dotted background resembles the pop art style but the dream-like figures in the foreground are rather surrealistic.