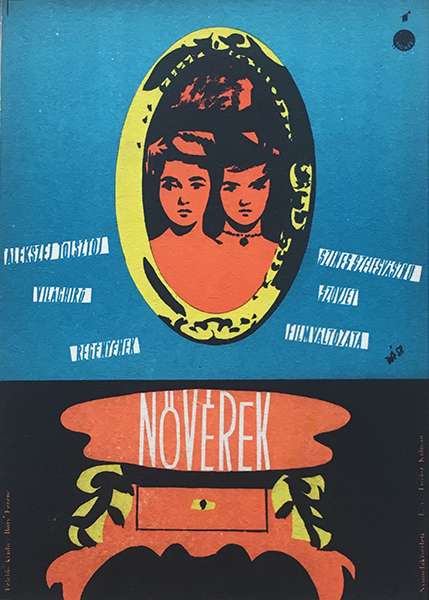 Poster for the film adaptation of Alexei Tolstoy's novel, Sisters. Alexei Tolstoy’s writing is primarily focused on the personalities and destinies of his characters caught in the turmoil of historical events. In particular, his trilogy The Ordeal traces the development of the Russian society during the critical years of WWI, the 1917 revolution and the civil war. The novel Sisters may be viewed as an introduction to the plot, where St. Petersburg is expressively described as a bourgeois society with decadent morals: "The spirit of destruction pervaded everything. These were the days when love with all its emotions, was regarded as commonplace and old-fashioned, when people felt not love but desire... Girls concealed their innocence and married couples were not faithful. People invented vices and perversions for themselves - anything, rather than be considered a bore.” The plot of The Sisters revolves around the destiny of the Bulavin sisters, Ekaterina and Dasha, and their history of love, joy, and suffering. (source: books.google.com)