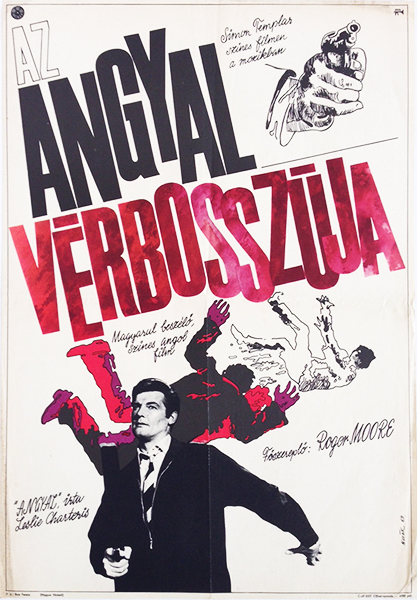 Vendetta for the Saint

Vendetta for the Saint is a 1964 mystery novel featuring the character of Simon Templar, alias "The Saint". In 1969 a television adaptation of the novel was released as a theatrical film. The series and the movie feature Roger Moore as the Saint. Templar is having a drink at a bar in Naples when he witnesses a mêlée between two of the customers. It appears that one of them has mistaken the other for an old colleague. Templar's suspicions are raised the next morning when he reads in the newspapers that one of the men has been murdered. He begins to investigate only to find himself thrown into the world of the Sicilian Mafia, and that few people are willing to help him. (source: wikipedia.org, imdb.com)

The poster was done with a mixed technique: in the foreground there is a photo of Simon Templar and everything but him is drawn. The whole composition is arranged in diagonals which makes it very excitiong, as well as the balck and white with a strong  red shade.