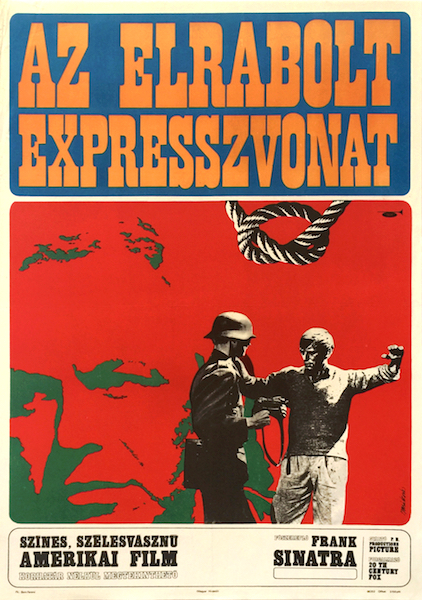 Von Ryan's Express is a World War II adventure film, released in 1965, about a group of Allied prisoners of war who conduct a daring escape by hijacking a freight train and fleeing through German-occupied Italy to Switzerland. It stars Frank Sinatra and Trevor Howard, and is based on the novel by David Westheimer. It was directed by Mark Robson. The film changes several aspects of the novel, most notably the ending, which is considerably more upbeat in the book. Financially, it became one of Frank Sinatra's most successful films. (source: wikipedia.org)