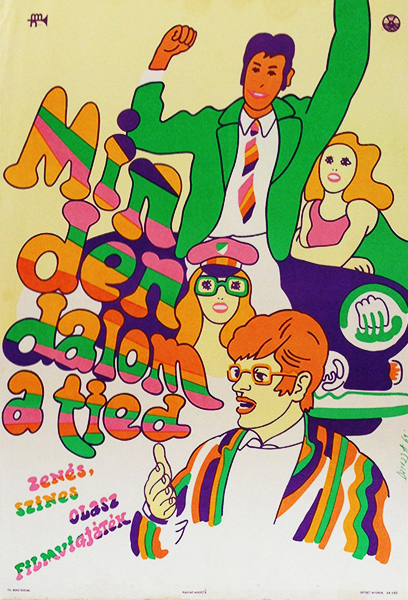 This decorative poster from 1969 is a fine example of the Pop Art-inspired tendencies in Hungarian poster art. The designer of it, Árpád Darvas, is the author of numerous outstanding Pop Art posters as he was a prominent figure of the period. His strongly stylised characters, strident colours and floating-waving lines result in dinamic, lively compositions. The figures are highlighted in an exquisite way, and the colourful stripes, created by a variation of only some colours, have a stirring effect on the rythm of the composition.

The amazing poster was made to design an Italian musical comedy, The World's Gold, in which Carlo, a poor, but talented boy tries to win the heart of Lorena, a rich girl.