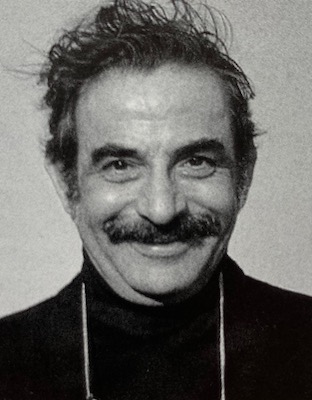 Pal Gabor or later Paul Gabor was an important graphic artist of the period 1935-1956, Gábor had outstanding achievements in the fields of logo/emblem design and typography. After his emigration to France, he gained success as a designer in Paris.

Between 1931 and 1933, Gábor studied at the Atelier, a free art school, where he received the first diploma of the school. His teachers there were Gusztáv Végh, Albert Kner, Gyula Kaesz and Lajos Kozma.

He makes several propaganda posters in 1945-49, mainly for the social democratic party. In the 1950's, he designed cultural and export posters, emblems, and designs for important official fairs. In 1956, he organised an exhibition in Paris and decided to stay there, creating commercial designs later turning to typography and image design. In 1968, he opened his first studio in Paris.  Then in 1983 he opened a new studied called ‘Typogabor’.