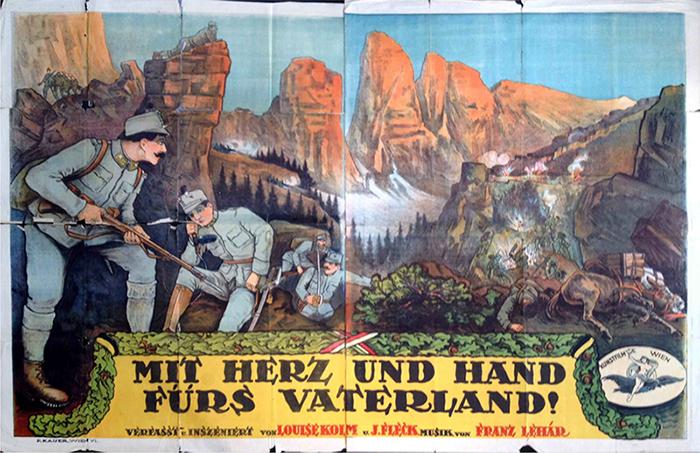 With Heart and Hand for the Fatherland

This rare movie poster is from 1915, created for an Austrian silent movie 'With Heart and Hand for the Fatherland'.

"A rare Austrian silent propaganda-film from 1915, long lost and then found in the Swedish Film Archives in Stockholm in 2006. Directed by Jacob and Luisa Fleck, it was made as part of Central Powers' efforts to win neutral countries to join them for World War I. The fact that Austro-Hungarian troops were engaged in this luxurious production, made on several locations, indicates the importance of the film at the time. It is one of numerous films co-directed by Jacob and Luisa Fleck during their Viennese phase, which lasted until 1922 when they moved to Berlin and made more than thirty films together before the Nazis' rise to power."
(source: http://www.zagrebfilmfestival.com)