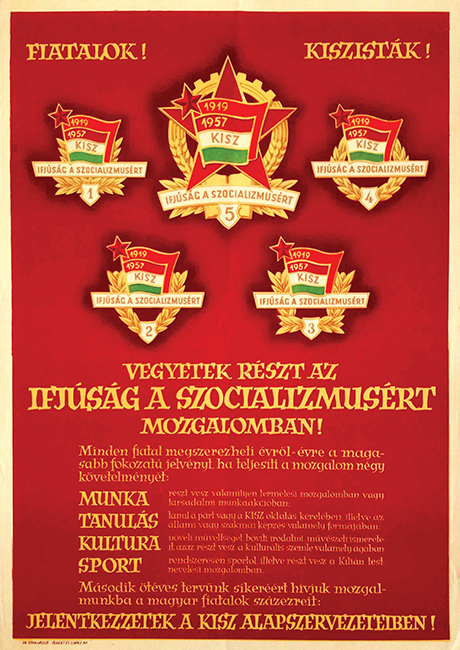 Propaganda poster for the 'Youth for Socialism Movement'.

According to the poster, the movement had 4 requirements to be fulfilled by the members of KISZ (The Hungarian Young Communist League). It was a communist youth movement in Hungary. It was founded in March 21, 1957 (on the anniversary of the Hungarian Soviet Republic's declaration in 1919), following the break of 1956 Hungarian Revolution. It claimed to represent all the country's youth and sought to educate young people politically and to supervise political as well as some social activities for them. (source: wikipedia.org)

If one fulfilled the requirements describen on the poster, the person received a badge which took him to a higher rank for the following year. The requirements were: labour, study, culture and sport. Young people were called to apply to KISZ thus contributing to the success of the government's second five-year plan.