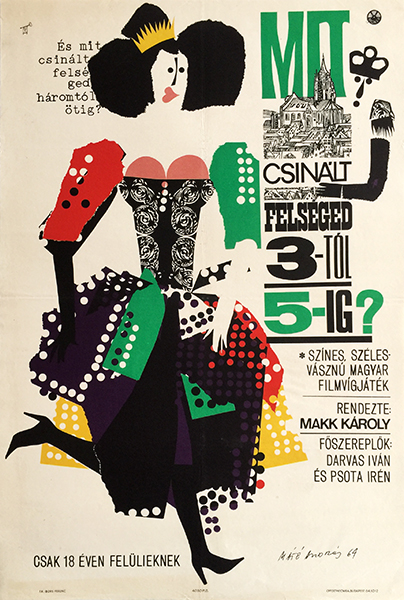 Where Was Your Majesty Between 3 and 5?

The film starts in the manor-house of King Matthias who is one of the most famous kings of Hungarian history and his popular name is the 'Rightful King Matthias'. He recieved this name mainly because of the numerous legends about him which describe him as a socially emphatic and righteous king who helped the poor and retaliated the evil. However, noone knows if these legends are true or not, but he definitely reformed the country from many aspects and he really was a Renaissance King. The starting point of the movie is the questionable reliability of the legends related to the King. His friends are writing his chronicles and the chancellor warns them that they are only allowed to write about Matthias in a positive manner, telling how wise and justful he is. Then the story continues with introducing the legends written about him by showing the king and the queen travelling through the country in disguise. The movie was directed by Károly Makk, one of the greatest Hungarian directors, and is starrig Irén Psota and Iván Darvas two very famous actors of the time.

The poster was designed by András Máté who was one of the leading artists in the golden age of Hungarian film poster. He applied paper cut out technique which was very common in the 1960s. The colours and the forms with varied patterns give playfullness to the composition. At the first sight the queen seems to be the only character on the poster and it looks like she is asking the king the question: Where Was Your Majesty Between 3 and 5? However, if we take a closer look, we can see the king himself hiding behind the text on the right hand side, peeking from there. Máté created a very exciting composition, perfectly reflecting the atmosphere of the movie.