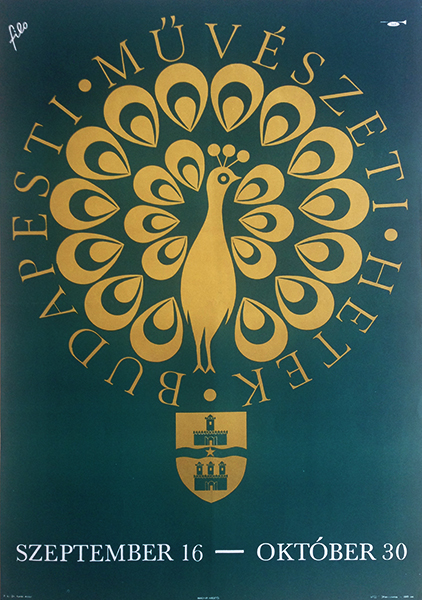 Decorative poster by Ilona Fischer for the Budapest Art Weeks held in 1969 between September 16 and October 30. The most dominant motif of the composition is the stylised image of a peacock, the symbol of eternal beauty, around which the title of the event is written. Below it there is the coat of arms of Budapest. Apparently the coat of arms depicted on the poster is the version used between 1964 and 1990, that is, the socialist version of the image.

Filo created the poster of this event every year. Each year she applied the same design with only altering the colours.