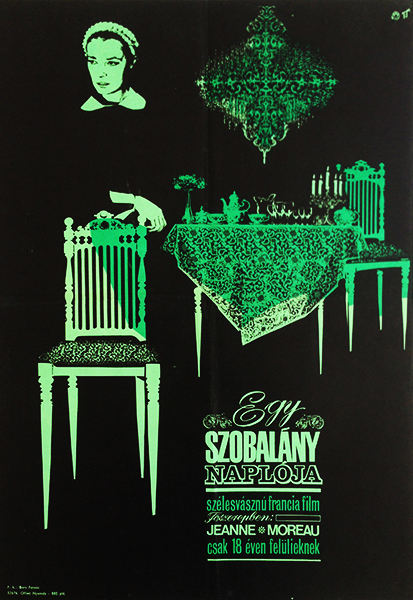 Diary of a Chambermaid

Diary of a Chambermaid (French: Le journal d'une femme de chambre, Italian: Il diario di una cameriera) is a 1964 film. It is one of several French films made by Spanish-born filmmaker Luis Bunuel but lacks the surrealist imagery and plot twists of his other films. The movie stars Jeanne Moreau as a chambermaid who uses her feminine charms to control and advance her situation, in a social setting of corruption, violence, sexual obsession and perversion. This was the first screenwriting collaboration between Bunuel and Jean-Claude Carriere, which would later produce his well known Belle de Jour (1967), The Discreet Charm of the Bourgeoisie (1972) and That Obscure Object of Desire (1977). The two extensively reworked the 1900 novel of the same name by Octave Mirbeau, that had been given a more literal treatment in its first film adaptation, made in Hollywood in 1946, directed by Jean Renoir. (source: wikipedia.org)