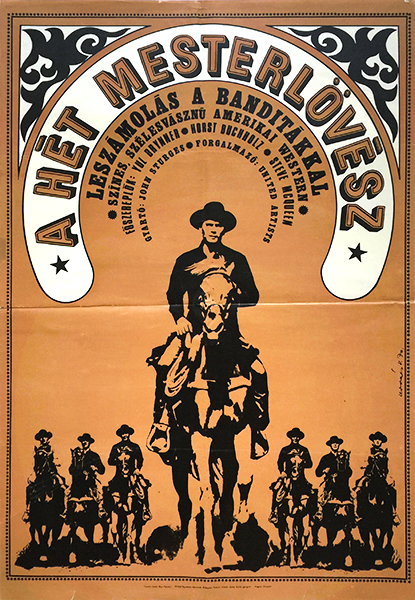 Poster for the famous western film, The Magnificent Seven, directed by John Sturges, starring Yul Brynner, Steve McQueen and Charles Bronson. The film is about a bandit who terrorizes a small Mexican farming village each year. Several of the village elders send three of the farmers into the United States to search for gunmen to defend them. They end up with seven, each of whom comes for a different reason. They must prepare the town to repulse an army of forty bandits who will arrive wanting food. (source: imdb.com)