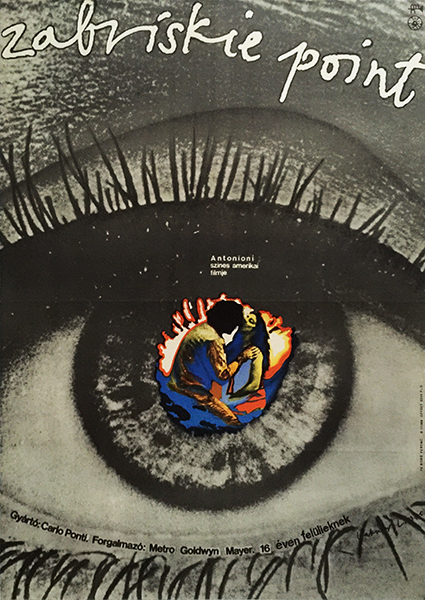 Great poster for Antonioni's masterpiece. The design is built on the contrast of the black and white photo of an eye and the oversaturated photo of a couple placed in the pupil of the eye. The film is an epic portrait of the late sixties America, as seen through the portrayal of two of its children: anthropology student Daria (who's helping a property developer build a village in the Los Angeles desert) and dropout Mark (who's wanted by the authorities for allegedly killing a policeman during a student riot)... (source: imdb.com)