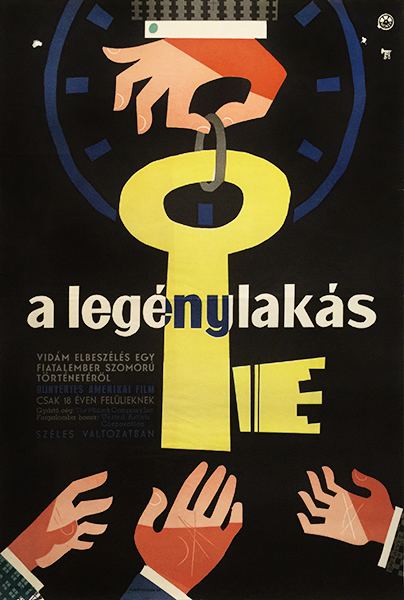 The Apartment is a 1960 American romantic comedy film that was produced and directed by Billy Wilder, and which stars Jack Lemmon, Shirley MacLaine, and Fred MacMurray. It was Wilder's next movie after Some Like It Hot and, like its predecessor, a commercial and critical success, grossing $25 million at the box office. The film was nominated for ten Academy Awards, and won five, including Best Picture. The film was the basis of the 1968 Broadway musical Promises, Promises, with book by Neil Simon, music by Burt Bacharach, and lyrics by Hal David. (source: wikipedia.org)