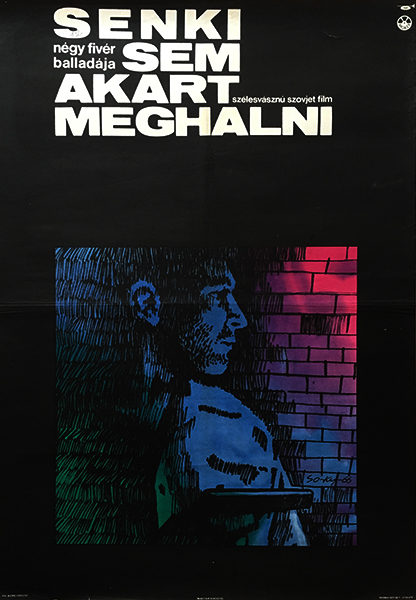 Nobody wanted to die

Original title: Niekas nenorejo mirti. The Soviet film is set in Lithuania after the Second World War. It shows dramatic events in a small Lithuanian farming community, where people are split between the Soviets and the "brothers in the woods", who are fighting to defend their land from the Soviets after the end of the Second World War. The film is actually the Lithuanian version of Kurosawa's film, Seven Samurai, in post the World War II Lithuania. (source: imdb.com)

The full title of the movie is: Nobody wanted to die. the ballad of the four brothers.