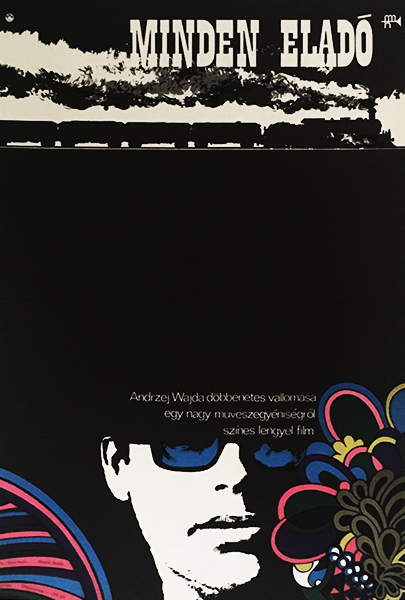 Amazing movie poster of Lajos Görög from 1969. The Pop art-inspired graphic has a staggering composition of the tram-motif in the background (with its regular and monotonous rythmed mechanic machinery and irregular volumes of smoke) and the graphic motifs of vivid colours and of varied pattern, and the strongly contrasted photomontage of the human face in a surprising cut seen in the foreground - between the two parts there is the astonishingly massive and consistent layer of black, as a transition and as a unifying medium as well.

The movie was created by Andrzej Wajda and its original title is 'Wszystko na sprzedaz'.