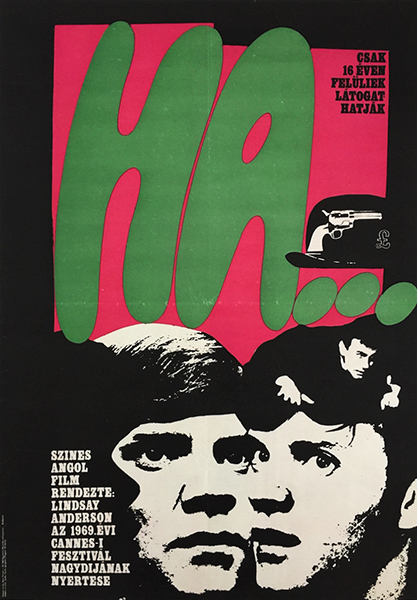 If.... is a 1968 British drama film produced and directed by Lindsay Anderson satirising English public school life. Famous for its depiction of a savage insurrection at a fictitious boys' boarding school, the X certificate film was made at the time of the May 1968 protests in France by a director who was strongly associated with the 1960s counterculture. The film stars Malcolm McDowell in his first screen role and his first appearance as Anderson's "everyman" character Mick Travis. Richard Warwick, Christine Noonan, David Wood, and Robert Swann also star. if.... won the Palme d'Or at the 1969 Cannes Film Festival. In 1999, the British Film Institute named it the 12th greatest British film of the 20th Century; in 2004, the magazine Total Film named it the 16th greatest British film of all time. (source: wikipedia.org)