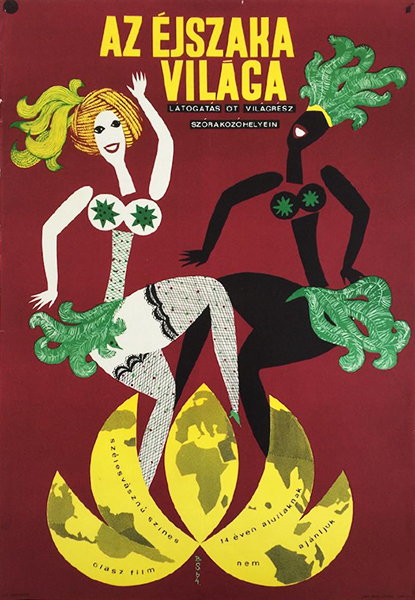 Fine, fold marks, a few small tears along the border

Poster of a 1961 Italian documentary. Original title: Il mondo di notte. The film focuses on nightclubs of the world's major cities like Amsterdam, Blackpool, Buenos Aires, Copenhagen, Hamburg, Hollywood, Hong Kong, Honolulu, Las Vegas, London, Sydney, New York, Paris, Stockholm and Tokyo. The design was made by Sándor Benkő a very sought after designer of the 1960s. The style of the composition is very typical of that decade.