Sándor Benkő was a great master of Hungarian poster art. He produced most of his designs from the early 1960s until the late 1980s. He specialised in circus poster design, of which he is most famous for. His cheerful and expressive style was also well suited for movie and theatre posters.

In the 1960’s, Benkő found his unique voice and his favorite topic: the circus. He designed a huge number of circus posters for two decades. This special world of the circus, with its colourful and playful atmosphere, is vividly invoked by Benkő. He used colourful paper cuts and brilliant drawing; he also had a special talent for typography, as his letters perfectly matched the topic. The characteristic figures of the circus are always present in his posters: animals, artists, clowns, etc. Most of Benkő’s posters represent the most curious and unbelievable specimen of the show. Benkő consciously used elements from the everyday visual culture on his posters. While he received inspiration from the filthy and vulgar visual world of circuses, markets, kiosks, and fan parks, Benkő always achieved a high artistic level. 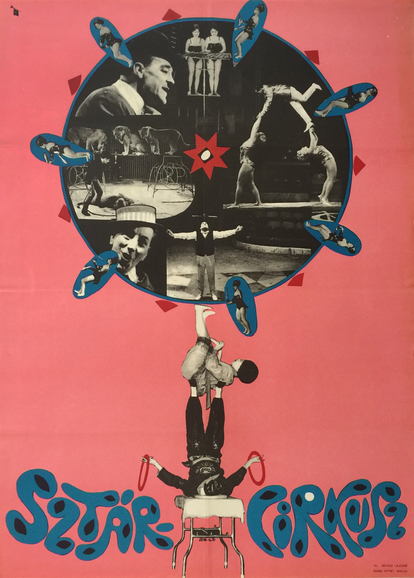