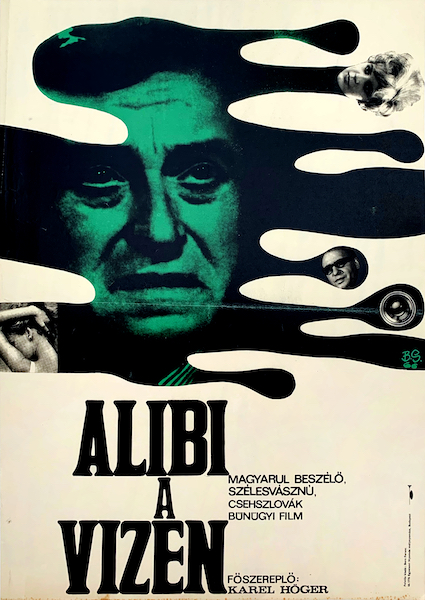 Alibi on the Lake

Alibi on the Lake is a 1966 vintage Hungarian movie poster designed by Sandor Benko, for a film released in Hungary 1967.

Miss Nováková reports to Major Tuma (Karel Höger) from the police about the disappearance of her roommate, the model Zuzana. Shortly afterwards, a film director named Konrád (Otomar Krejca) asks Tuma to cooperate on a new cinéma-vérité film describing the story of Zuzana's disappearance.