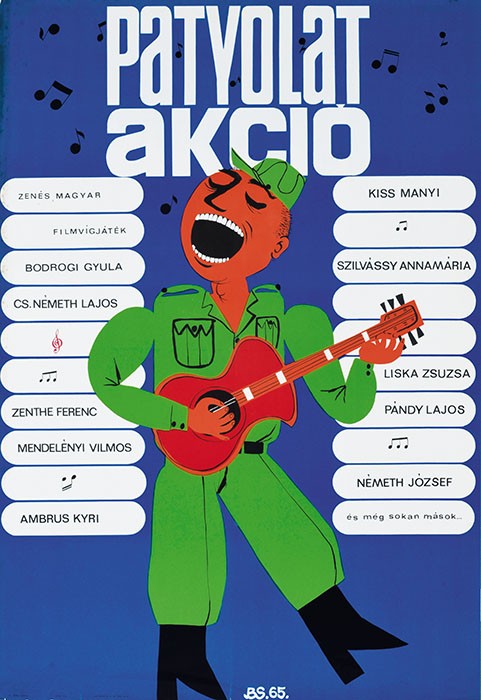 Very good condition, fold marks, small tears on the white border, foxing on the left side.

Playful poster by Sándor Benkő, for a Hungarian musical comedy starring Manyi Kiss and Gyula Bodrogi who both were among the greatest actors of the time. The musical is about the lives of wobblers rebelling against the rules of the school and wanting to impress girls.

The design of the poster was created by Sándor Benkő, who mostly designed circus posters but he also made movie posters. His designs were cheerful and humorous just as this one. In the middle there is a young soldier singing and playing the guitar. Next to him the names of the actors are written.