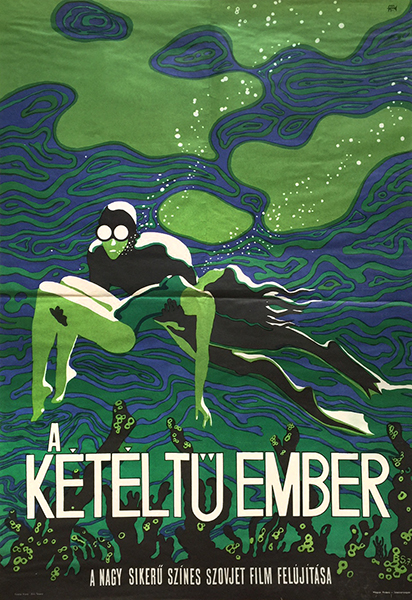 Poster for the re-release of the sci-fi, The Amphibian man, based on the book of Alexandr Belyaev (original title: Chelovek-Amfibiya). The film tells the story of people living in a seaside town and are frightened by reports about an unknown creature in the ocean. Nobody knows what it is, but it's really the son of Doctor Salvator. The doctor performed surgery on his son and now young Ichtiandr can live underwater. This gives him certain advantages, but creates a lot of problems. (source: imdb.com)