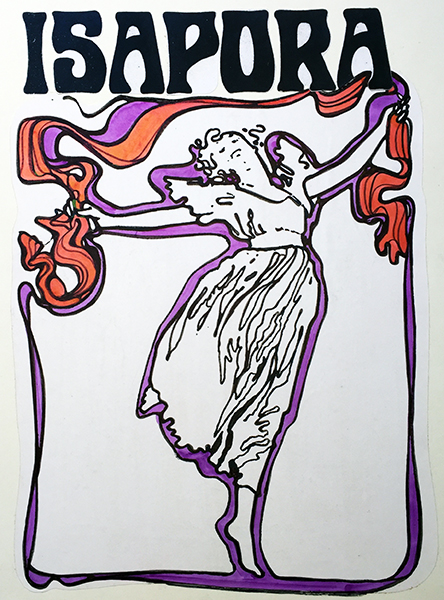 Poster maquette for the Oscar nominee and Cannes winner biography film of the dancer Isadora Duncan the 1920s dancer who forever changed people's ideas of ballet. Her nude, semi-nude, and pro-Soviet dance projects as well as her attitudes on free love, debt, dress, and lifestyle shocked the public of her time. (source: imdb.com)