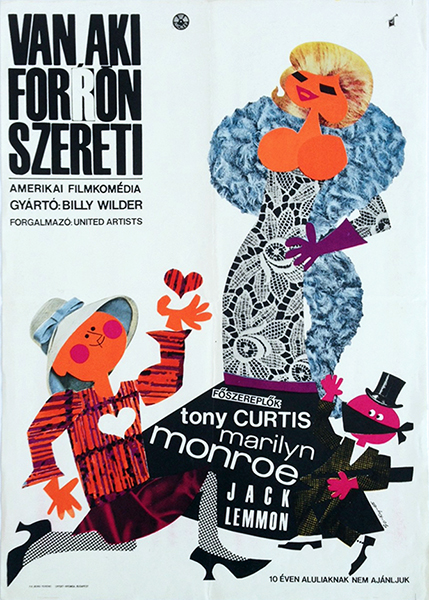 Some Like It Hot is an American cult romantic screwball comedy film, made in 1958 and released in 1959, which was directed by Billy Wilder and starred Marilyn Monroe, Tony Curtis, Jack Lemmon and George Raft. It is about two male musicians witness a mob hit, they flee the state in an all-female band disguised as women, but further complications set in. (source: imdb.com)

The poster for the Hungarian release was made with the mix of paper cut-out technique and photomontage. The graphic designer couple were sought after poster artists at the time. They made numerous ingenious pieces, inculding this one. The playful design catches the atmosphere of the movie and gives some hint about the plot.