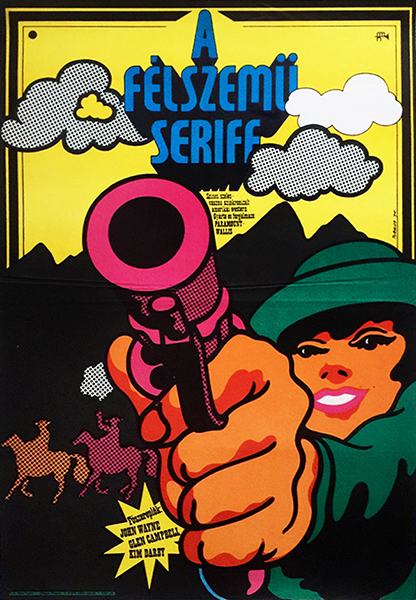 True Grit was directed by Henry Hathaway and starred John Wayne who was famous for western and war movies. This role as one-eyed Rooster Cogburn brought him the Oscar Prize. The film is about a drunken, hard-nosed U.S. Marshal and a Texas Ranger help a stubborn teenager track down her father's murderer in Indian territory. (source: imdb.com)

The comic-like poster for the Hungarian release was made in colourful Pop Art style, that was popular at the time among Hungarian poster artists.