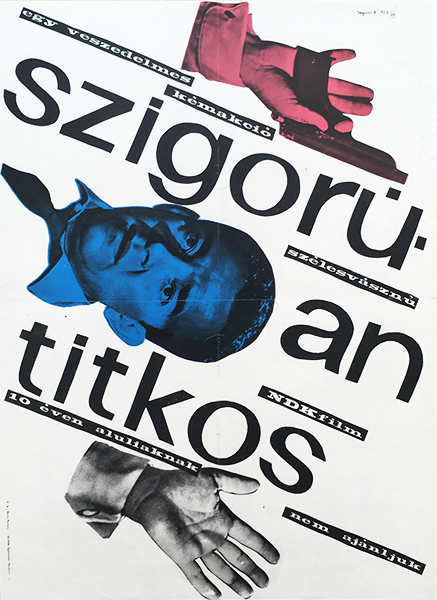 For Eyes Only is a 1963 vintage Hungarian movie poster designed by Arpad Bognar for a film released in 1964.

The "Concordia" trading company in Würzburg is a secret headquarters of the MID, a secret service agency of the US Army. For years, espionage, sabotage, and diversion operations originated from here in order to undermine the Socialist Republic of Germany. A favorable moment for a military attack approaches and plans are developed. These plans are placed in the hands of Major Collins, who keeps them in a safe. Hansen has worked for him for many years, but also for the Stasi as a double agent. Security Chief Colonel Rock knows there is a leak, but Hansen has passed every test thrown at him. He is trying to deal with his current assignment: acquiring the plans so they can be made public. His mission is to get them out of the safe and into the GDR without getting caught...