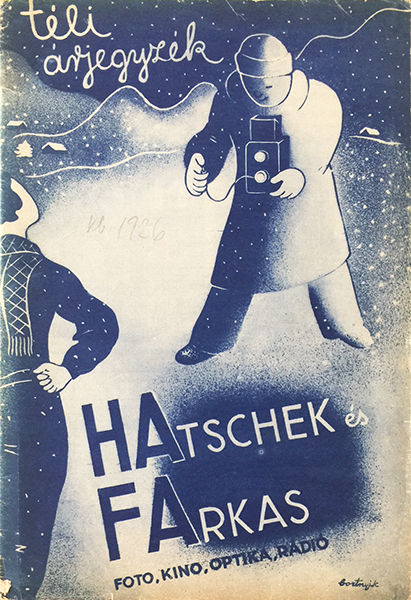 This cover design is the example of Botnyik's novel period in what his idea was to create longing in the viewer with the image of the advertised product. In this case the depiction of the photographer taking picture of a man in the snow is very atmospheric and sets the audience in the mood of purchasing from Hatschek & Farkas photography and optics..