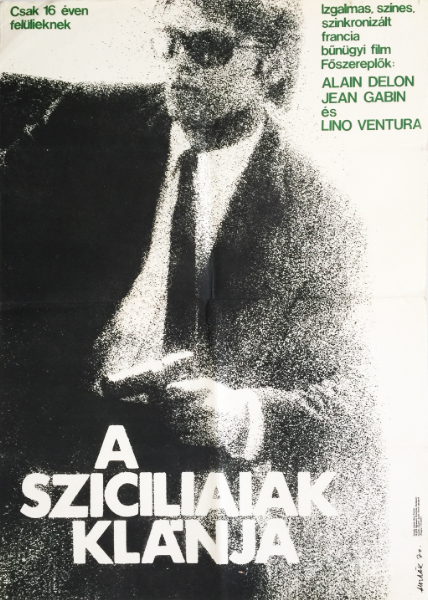 The Sicilian Clan is a 1970 vintage Hungarian movie poster designed by Kalman Molnar.

The Sicilian Clan (original French title: Le clan des siciliens) is a 1969 French crime film directed by Henri Verneuil and starring Jean Gabin, Lino Ventura and Alain Delon. The film was largely marketed by the casting together of three of the leading French movie actors of the day. The film score was written by Italian composer Ennio Morricone. (source: wikipedia.org)