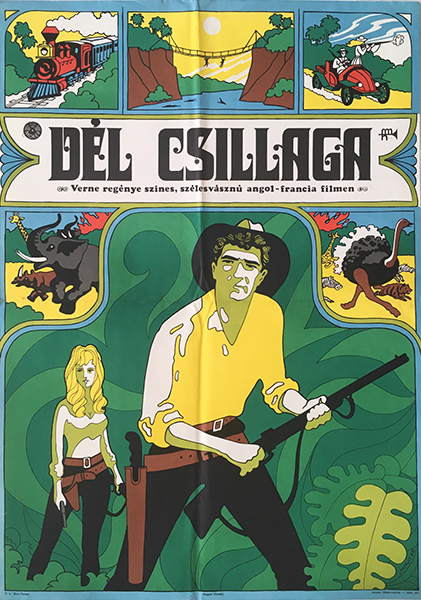 Pop art inspired poster for a 1969 British-French comedy crime film. The Southern Star (French title: L'Étoile du sud). The film was directed by Sidney Hayers and starring George Segal, Ursula Andress and Orson Welles. In French West Africa in 1912, an extremely valuable diamond is stolen. It was based on the novel The Vanished Diamond (French title L'Étoile du sud) by Jules Verne.

Tibor Jákfalvy was an active graphic artist in the 1960s and 1970s. He designed movie posters using colourful paper cut, photomontage, painting and drawing and he was influenced by the rich variety of artistic trends of the time. This piece is a good example of his works.