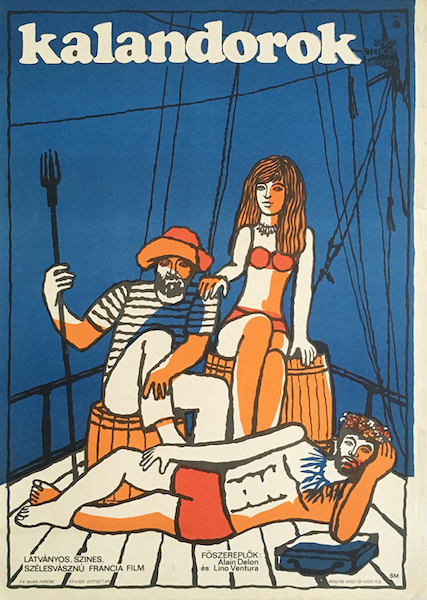 The Last Adventure is an original vintage 1967 Hungarian movie poster by Margit Sandor.

Two adventurers and best friends, Roland and Manu, are the victims of a practical joke that costs Manu his pilot's license. With seeming contrition, the jokesters tell Roland and Manu about a crashed plane lying on the ocean floor off the coast of Congo stuffed with riches. The adventurers set off to find the loot. Going with them is Laetitia, an artistic young woman who treats them like brothers, plays along with their schemes, makes sculptures of found objects, and dreams of buying an old fort at the mouth of the Charente. The Congo tip turns out to be a double cross, and the adventurers must pick up the pieces. A trip to Fort Boyard completes the circle.