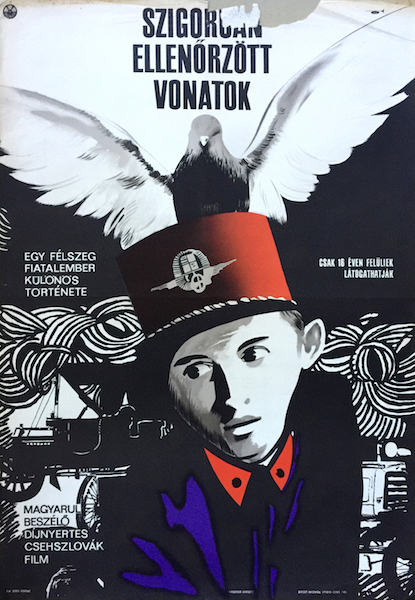 Closely Watched Trains (Czech: Ostře sledované vlaky) is a 1966 Czechoslovak film directed by Jiří Menzel and is one of the best-known products of the Czechoslovak New Wave. It was released in the United Kingdom as Closely Observed Trains. It is a coming-of-age story about a young man working at a train station in German-occupied Czechoslovakia during World War II. The film is based on a 1965 novel by Bohumil Hrabal. It was produced by Barrandov Studios and filmed on location in Central Bohemia. Released outside Czechoslovakia during 1967, it won the Best Foreign Language Oscar at the 40th Academy Awards in 1968. (source: wikipedia.org)