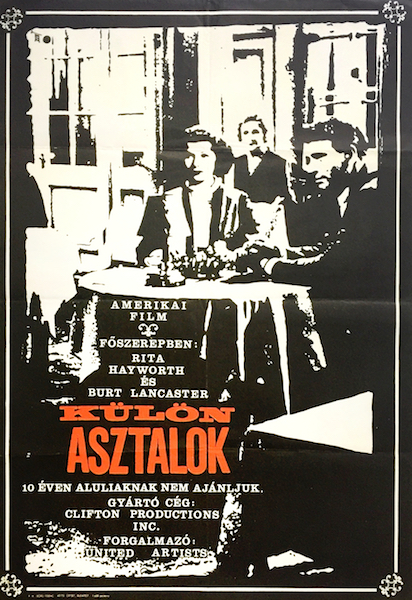 Separate Tables is a 1958 American drama film starring Rita Hayworth, Deborah Kerr, David Niven, Burt Lancaster, and Wendy Hiller, based on two one-act plays by Terence Rattigan that were collectively known by this name. Niven and Hiller won Academy Awards for their performances. The picture was directed by Delbert Mann and adapted for the screen by Rattigan, John Gay and an uncredited John Michael Hayes. Mary Grant and Edith Head designed the film's costumes. (source: wikipedia.org)