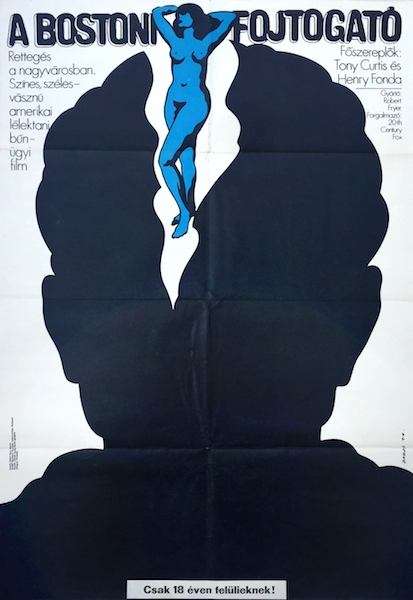 The Boston Strangler is a 1970 vintage Hungarian movie poster designed by Istvan Bakos.

The Boston Strangler is a 1968 American neo-noir film loosely based on the true story of the Boston Strangler and the book by Gerold Frank. It was directed by Richard Fleischer, and stars Tony Curtis as Albert DeSalvo, the strangler, and Henry Fonda as John S. Bottomly, the chief detective who came to fame for obtaining DeSalvo's confession.

Curtis was nominated for a Golden Globe Award for his performance. The cast also featured George Kennedy and the film debut of Sally Kellerman. (source: wikipedia:org)