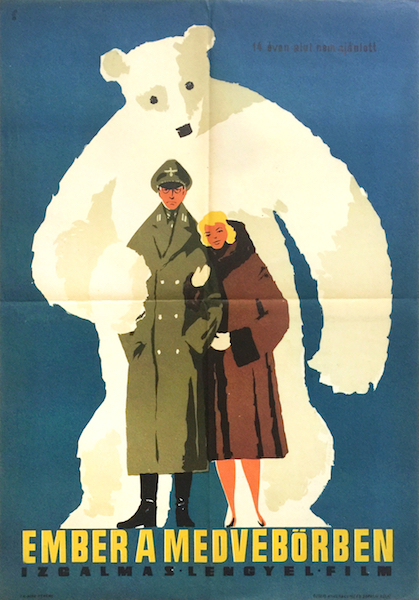 White Bear (Bialy niedzwiedz) is a 1959 Polish Holocaust film, directed by Jerzy Zarzycki. Set in early 1943, it portrays a young Jewish scientist and intellectual, Henryk Fogiel, who escapes from a transport to a concentration camp and hides in Zakapone, a resort in Tatra Mountains. He conceals his identity by wearing a white bearskin and acting as a prop for a local Polish photographer, posing with (mostly German) tourists for postcards.