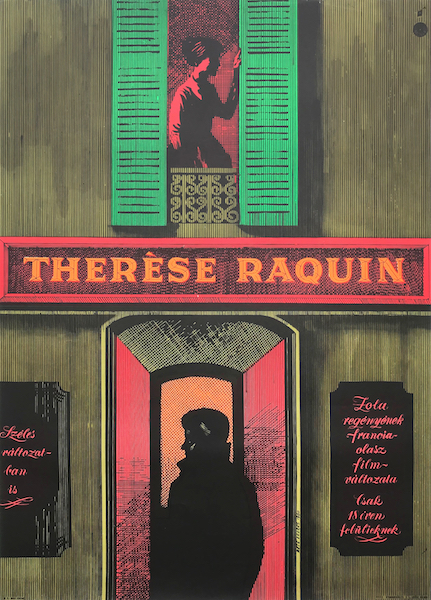 Thérèse Raquin (also The Adultress) is a 1953 French-Italian drama film directed by Marcel Carné and starring Simone Signoret and Raf Vallone. The story is loosely based on the novel of the same title by Émile Zola but updated to 1953. It was screened at the 14th Venice International Film Festival where it won the Silver Lion.

Thérèse is unhappily married to her cousin, a haberdasher in poor health. They share their home with his domineering mother who makes Thérèse's life even more miserable. When she attempts to run away with a truck driver she has fallen in love with her husband tries to prevent her, forcing her lover to take extreme action. (source: wikipedia.org)