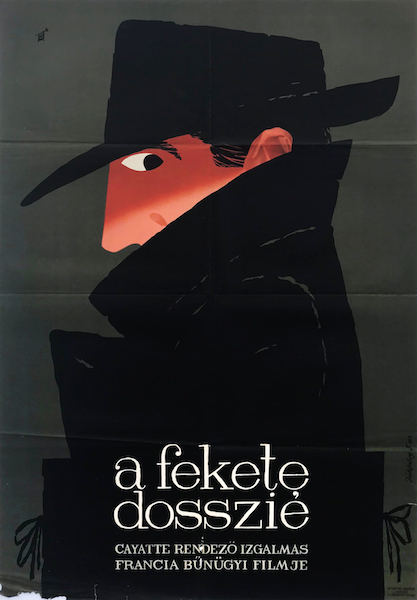 Black Dossier (French: Le Dossier noir) is a 1955 French drama film directed by André Cayatte. It was entered into the 1955 Cannes Film Festival.

Jacques Arnaud arrives in a small town somewhere in the province. Soon a citizen reports to him that strangers have broken into his house where they stole a mysterious "black dossier". This file had been given to him by a recently demised citizen named Le Guen. The content of this file included information on the town's foremost businessman who behind his proper façade seems to be a ruthless fraudster. Arnaud has the corps of Le Guen exhumed and proof is found that this man has died of poisoning. (source: wikipedia.org)