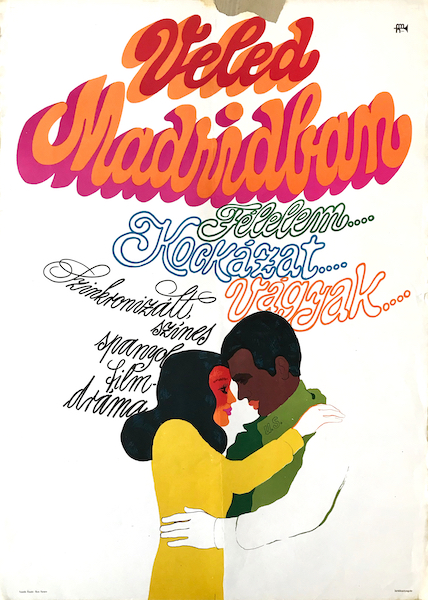 Smashing Up is a 1970 vintage Hungarian movie poster designed in 1968 by Andras Mate.

Si volvemos a vernos is a 1968 Spanish film.

Tom and Matilde and Jim and Emily are two friendly marriages united by the fact that the men are destined at the base of Torrejón (Spain). The husbands are in crisis because of the possibility of licensing and returning to the United States in order to prevent Tom from going to Vietnam. Matilde is afraid to go to an unknown country full of racial prejudice.