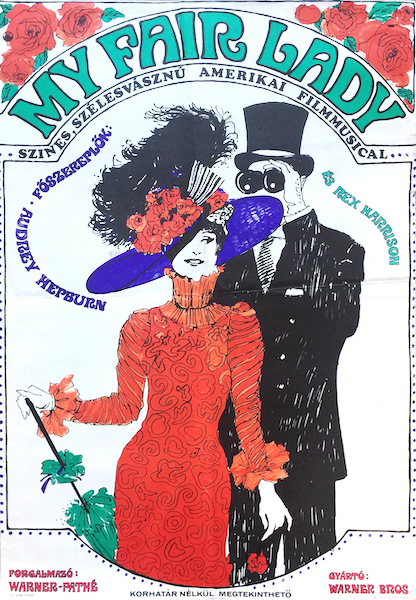 My Fair Lady is a 1968 vintage Hungarian movie poster designed by Margit Sandor. Poster for the first release of the movie in Hungary. Beautiful drawn composition for the famous musical film.