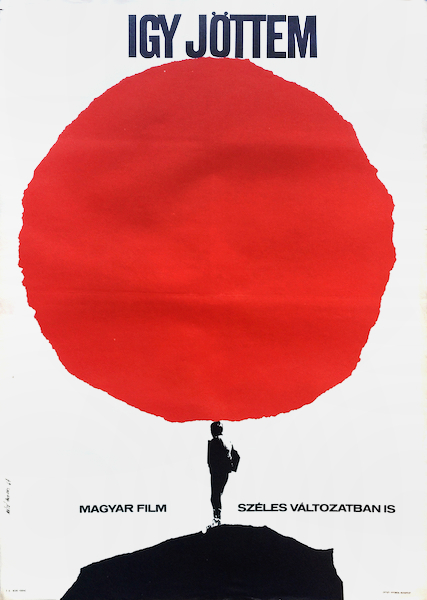 My Way Home is a 1964 vintage Hungarian movie poster designed by Andras Mate for a Miklos Jancso film.