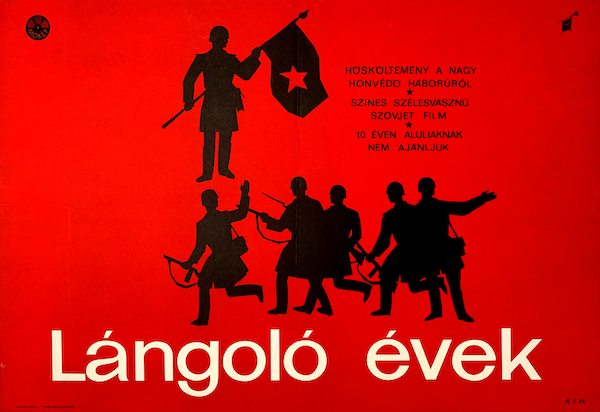 Story of the Flaming Years, The

The Story of the Flaming Years is a 1963 vintage Hungarian movie poster released in 1964 designed by Vilmos Kovacs.

In early Summer 1941, German troops penetrate into Russia, wreaking human and material destruction. Ivan Orlyukov, a young Russian, takes up arms and rises up against the invader. He is not alone : a whole people struggles with him and manages, through their own self-sacrifice, to expel the Nazis from the motherland. Altogether, they fight fiercely till the full annihilation of the enemy.