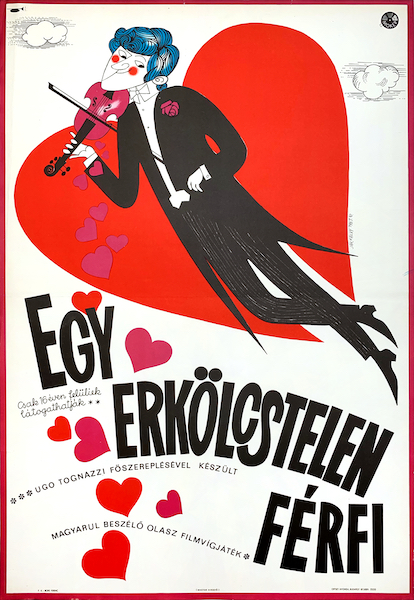 The Climax is a 1967 vintage Hungarian movie poster released in 1968 designed by Tibor Jakfalvy.

Sergio Masini, a violin player, is going to be the father of a sixth child... by his second mistress, Marisa. Quite nervous about that, he does not leave the clinic... except to drive Giulia, his legitimate wife, along with his legitimate kids to the station as they leave for a vacation at the seaside. No sooner does the train pull out of the station than he rushes to a telephone booth to call to see how is Adele, his other mistress... Way too much for a single man to bear...