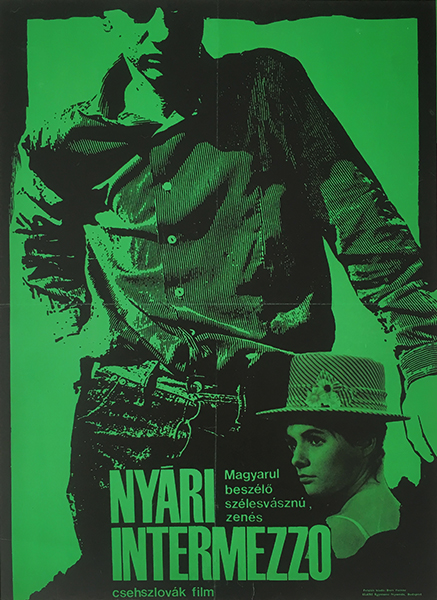 The Hop Pickers is a 1965 vintage Hungarian movie poster designed by Jozsef Finta.

Released in 1964, Starci na chmelu is the first and perhaps most famous Czechoslovak film musical. The film’s songs were written by Vratislav Blažek and were recorded with some of the country’s most popular singers at the time, including Karel Gott, Josef Zíma, Jana Petrů and Karel Štědrý. With a story that transcends time, Starci na chmelu was one of the country’s commercially most successful movies and initiated a period which would produce many more film musicals. (radio.cz)