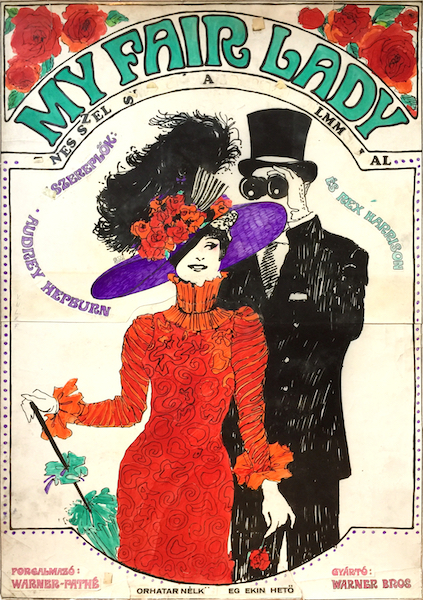 Very good, light wear, some of the lettering is missing.

My Fair Lady is a 1968 vintage Hungarian movie poster original artwork or maquette designed by Margit Sandor. Final movie poster artwork for the first release of the movie in Hungary. Beautiful drawn composition for the famous musical film.